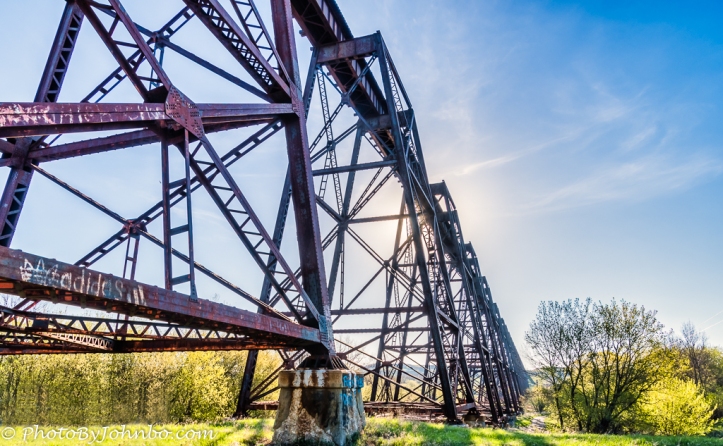 Less than one hour’s drive westbound on I-94 from our home in Fargo, the City of Bridges beckons. Our reason to travel to Valley City on this occasion was to find the first National Scenic Highway in North Dakota. Over the next few weeks, we’ll be featuring images captured on that drive. The Sheyenne River Valley National Scenic Byway winds its way through the river valley that is its namesake. A couple of the 27 stops on the byway are found in the city of Valley City. But I digress… Let’s begin our trip through the City of Bridges. The image above features the High Line Bridge, a tall, sloping railroad bridge that gently lifts trains to higher terrain on the west. The image below provides a wider view of the bridge that spans 3860 feet (1,180 m). At its highest point, it rises 162 feet (49 m) above the Sheyenne River. 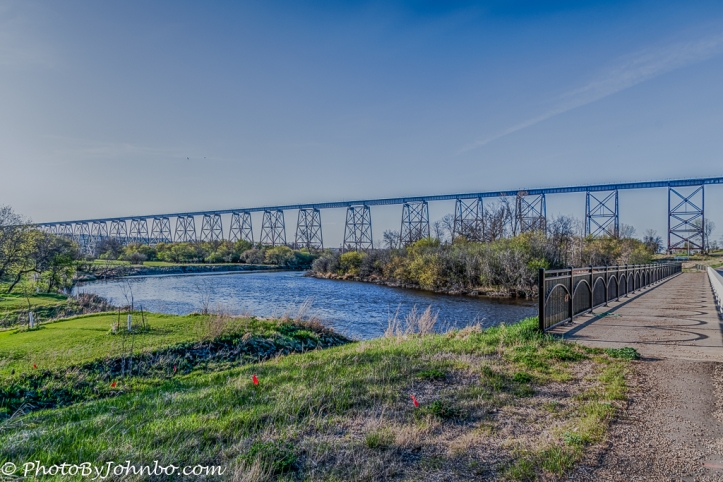 Completed in 1908, the bridge still functions to bring freight trains on the Burlington Northern line through the Sheyenne River Valley. This bridge is number 7 on our tour of historic bridges in the city.

It isn’t often that I edit an already published post to add photographs. As it turned out, this week, I happened to be on a Civil Air Patrol flight and our route of flight was over the city of Valley City. The large High Line Bridge is an obvious feature at the north end of the city. Being a passenger on this flight, I had plenty of time to grab my cellphone camera and take a few pictures as we flew by. I cropped the image in Lightroom to make the bridge a bit easier to see from our altitude of about 5500 feet (1675 m) above the ground. From above, it’s much easier to view the entire span of this magnificent structure. Click on the image above and , if your medium supports it, you’ll get a higher resolution view. 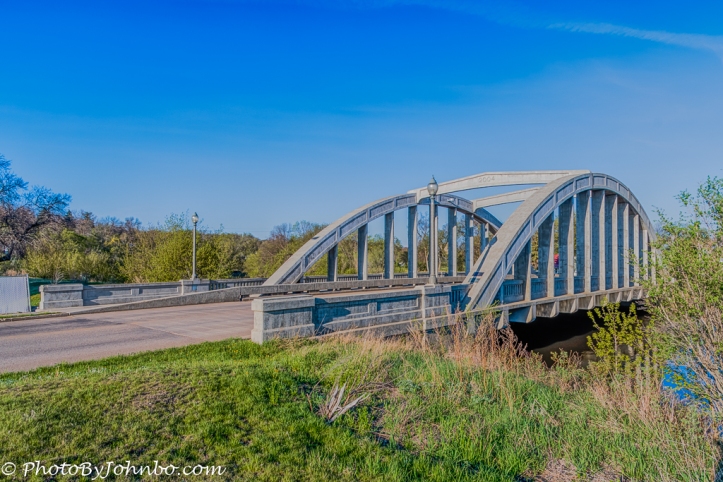 Coming into town via Main Street, off I-94’s exit 294, the first bridge we encountered was the Rainbow Bridge, number 5 on the bridges tour map provided by the City of Valley City Tourism folks. You can find a copy of the map here. Bridge number 6, pictured below, is the Hospital Bridge is located just northeast of the site of the Mercy Hospital. 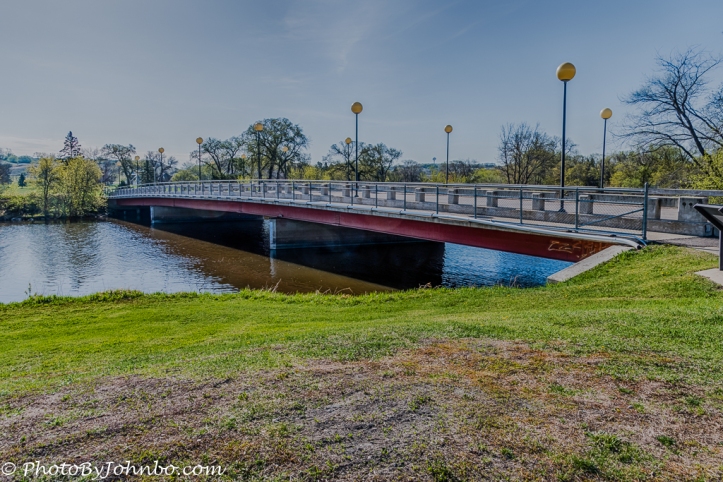 Venturing west on historic Main Street, near the Rosebud Visitor Center is the first of the two footbridges on the map. Bridge #1, the City Park Footbridge connects a large city park to Main Street and downtown. The park is another city attraction featuring boating and a playground. It would be a great place for a family picnic. 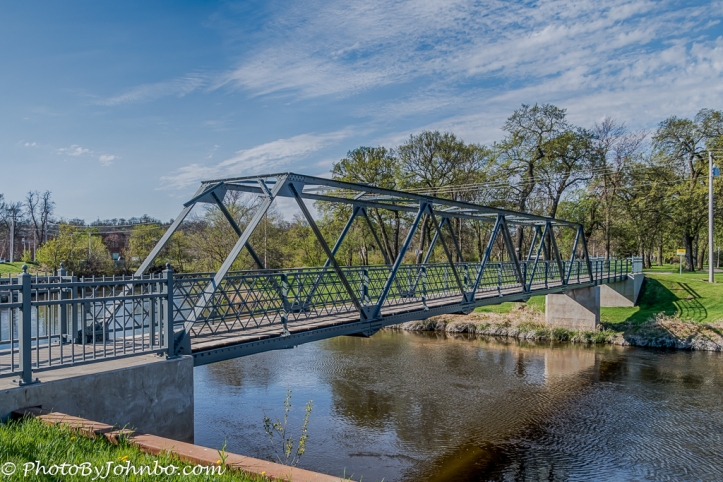 Progressing southerly on our tour, we stopped at bridge #4, the Mill Dam Bridge. The first bridge on the site was a wooden structure, replaced in 1936, and most recently replaced by the modern structure shown below in 1991. On this early Sunday morning, a gentleman was sitting at the edge of the bridge watching the Sheyenne River flow around the bend near a dam and the 1878 flour mill, Valley City’s first mill. 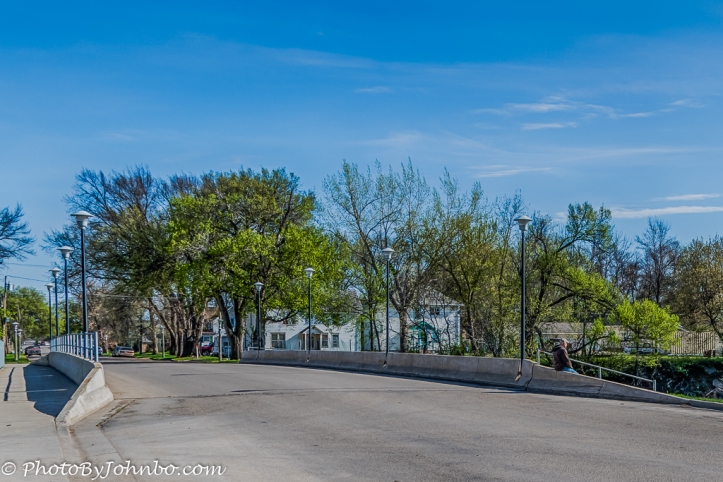 The last bridge we visited on this quick trip through town is the Valley City State University Footbridge.  The original bridge was built in 1892, replaced in 1901 by a 150-foot (45 m) suspension bridge that stands to this day. The last two images in this feature are of the bridge that links the city to the university campus. On this tour, we missed capturing two of the eight bridges featured on the map. I will leave those two for you to explore as we move along on the Sheyenne Valley Scenic Byway, a 63-mile drive through the beautiful river valley. 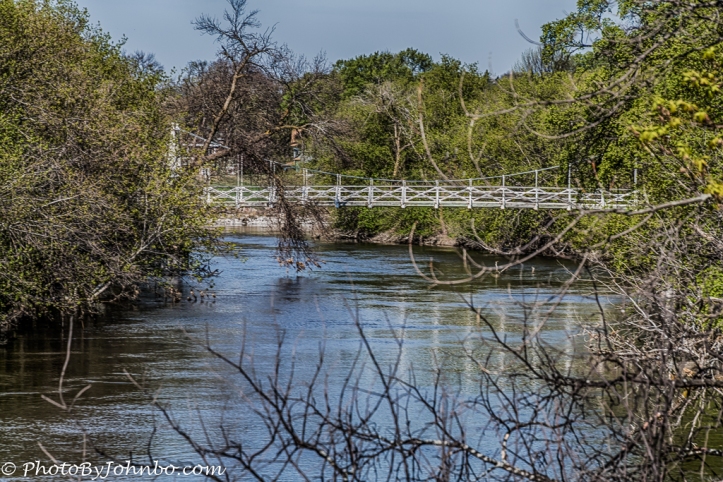 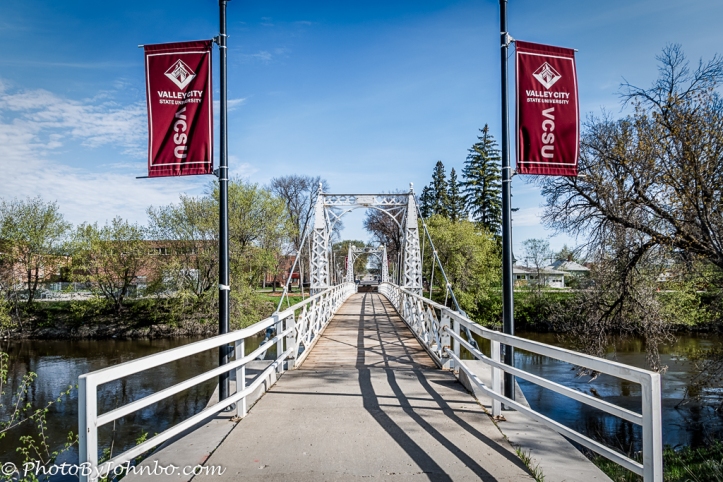 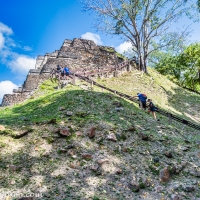 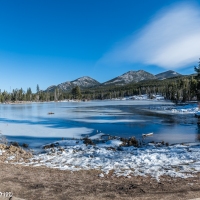 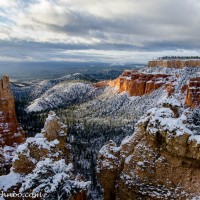 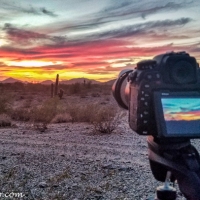 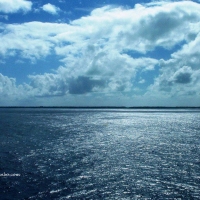 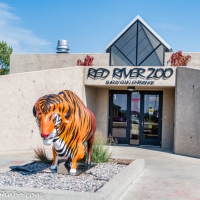 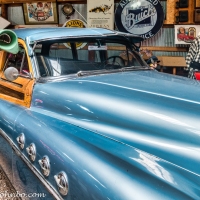 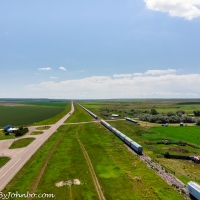 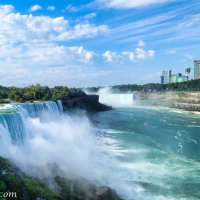 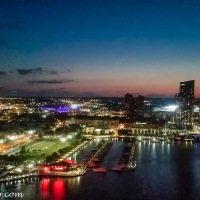