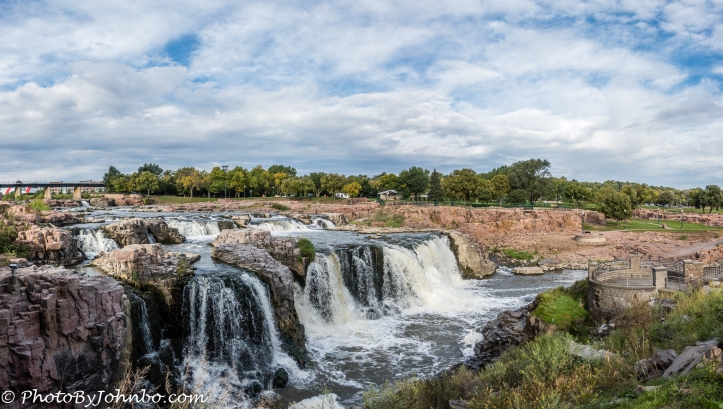 In late September, a family wedding brought us to a small town in South Dakota for the celebration. We arrived a day early and had some time to explore. Just a short drive from the wedding site, the largest city in South Dakota invited us to spend a morning. The city of around 175,000 population has a history with me. Many years ago, while attending college in a nearby Minnesota town, Sioux Falls became a destination for weekend activities. 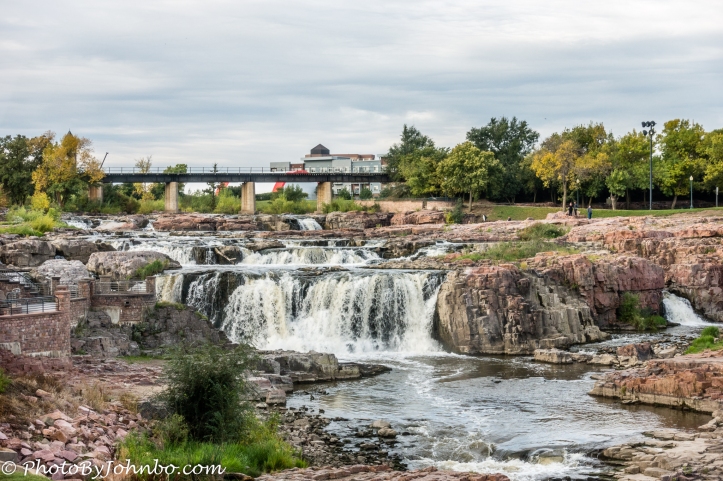 Sioux Falls gets its name from a series of waterfalls along the Big Sioux River that winds its way through town. Just a short walk from downtown,  the river level drops about 100 feet (30 m). Since the city’s founding in 1856, the falls have been an attraction for both commerce and recreation. Now a park, the city set aside 123 acres for the enjoyment of residents and visitors alike.

The first signs of commerce along the river, erected in 1878, the Queen Bee Mill, opened to process wheat. The seven-story structure built to cut shipping costs for area farmers turned out to be a financial disaster and closed after only two years of operations. Eventually destroyed by fire, the stone upper stories were removed to prevent their collapse. The image above includes a view of the remains of the mill and the supporting outbuilding just left of the biggest drop in the falls. 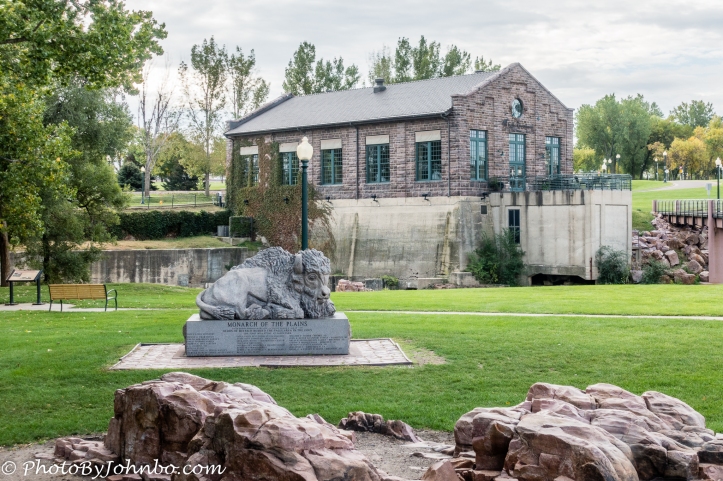 Further down river, a company brought electricity to the city by using the remains of the dam and millrace constructed to support the abandoned mill. To improve the power plant performance, the dam height was raised and the city used power generated by the Big Sioux River until 1974 when the plant was abandoned for power generating purposes. Today the building houses the Falls Overlook Cafe. As it was a cool morning, we were hoping to stop in for a fresh, warm cup of coffee. Our timing was bad, however, as a sign pointed out that they were closed that morning, the reason for which, I don’t recall. The restaurant is closed during the winter months. 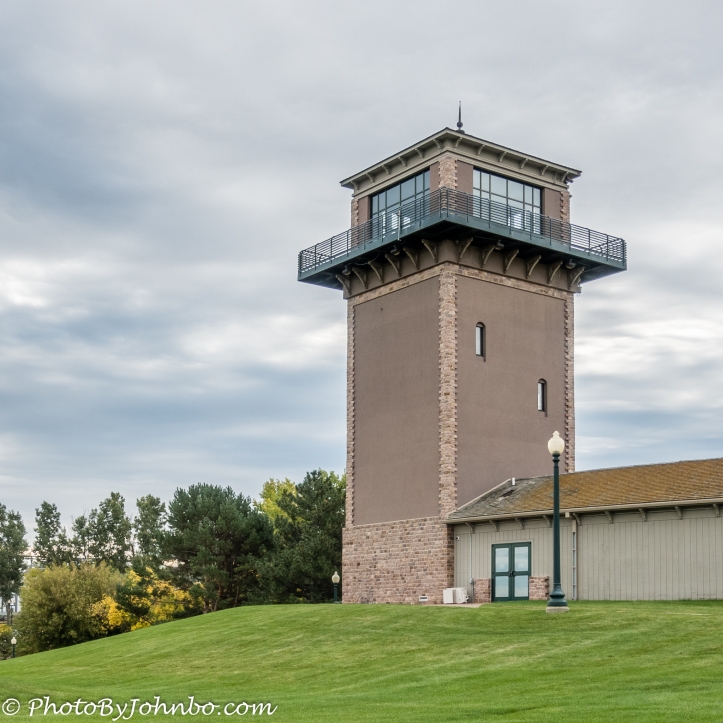 The visitor center at the park features an observation tower that provides an impressive view of the park and the surrounding city. Other attractions at the park include a historic horse barn, now housing the Stockyards Ag Experience, a museum of regional agriculture. There are many sculptures throughout the park, some of which are documented in the gallery of images I’ve shared below. Also, a large open air shelter provides a Farmers’ Market and space for picnics and other events.

From the top of the observation tower, a bird’s eye view of the park and downtown Sioux Falls are not to be missed. While on the tower, I noticed the double spires of a church. Using my long telephoto lens, I got a nice photo of the church we were to find out from the staff at the Information Center is St. Joseph’s Cathedral, the Catholic parish and seat of the Diocese of Sioux Falls. Next week, our Travel Tuesday post features a visit to this inspiring edifice.

Though we didn’t get the opportunity to stop at night, I could see by the many light posts that the park is well lit at night and would make for an enjoyable summer’s evening visit. During the holiday season, between November and early January, the park becomes a major winter attraction they’ve called “Winter Wonderland.” The gallery of images below feature views of the park. On most browsers, you can click on an image to enlarge it and to scroll through the gallery. 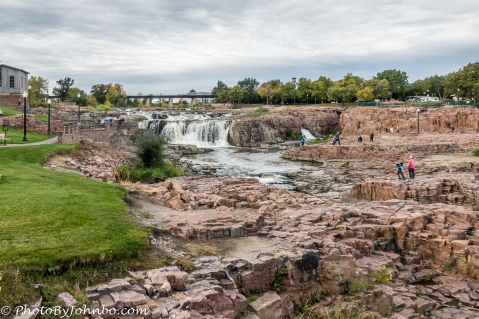 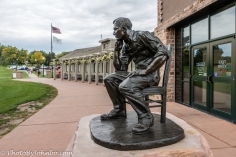 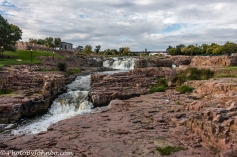 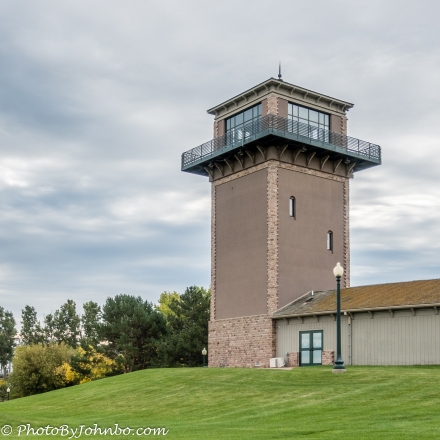 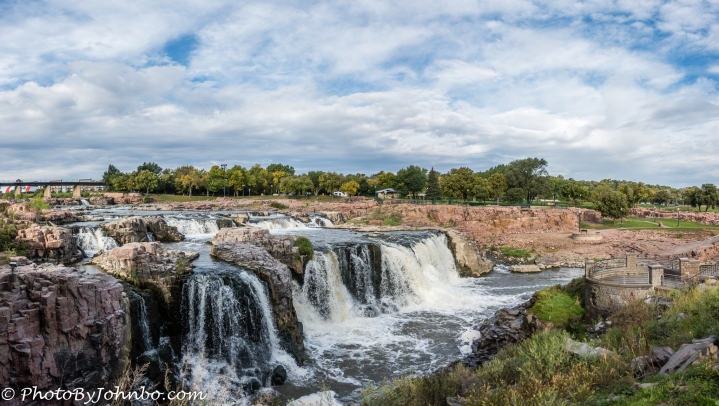