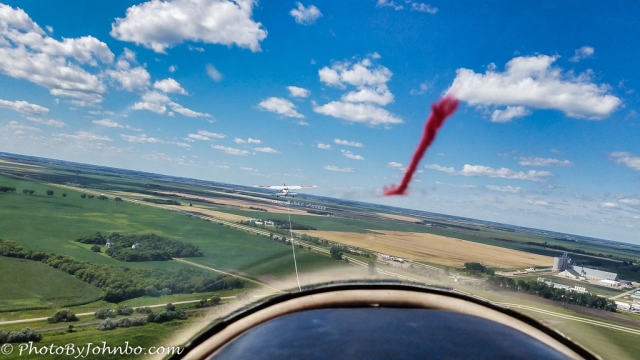 On a summer day, what better way to spend the afternoon at the airport. On this mid-August day, I was content to work on the ground crew as we certified a new tow pilot and did some flight proficiency training for the glider pilots who were there that day. As the tasks were winding down, I was invited to take the front seat for a ride. In the shot above, we were being towed to altitude by the aircraft at the other end of that 250 ft (76 m) tow rope. That tilted horizon indicates that we are in a turn to the left. My usual duty is as tow pilot, but today I left the duty to others as we brought a new tow pilot online. I captured a few images from my cell phone as we flew near Casselton, North Dakota. My friend, Walt, in the back is the pilot in command. Indeed, though I’ve flown and even soloed in a glider, I never quite got around to adding that rating to my certificate. This week, I feature two cell pics. In addition to the opening photo, I submit for your review a selfie. That’s me in front, Walt is busy doing that “pilot” thing.

About the photos: The huge canopy of the Blanik L23 glider gives an expansive view. That red, slightly out of focus, piece of yarn in the opening photo is actually a basic flight instrument. It tells the pilot whether the tail and nose are perfectly aligned or if we are “slipping” sideways. Proper use of the rudder keeps the string straight back as it is in the photo. Both images were captured on my Samsung S7 cell phone. The rule for Cellpic Sunday is simple. The image must be captured on a mobile device. 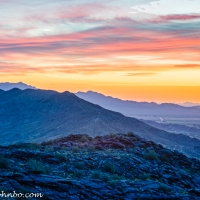