Just before the pandemic struck the world and was just beginning to be understood as a problem for Wuhan China, we boarded the Carnival Conquest for a cruise to the southern Caribbean. On our first visit to Mahogany Bay and Honduras, we were introduced to the Mesoamerican Reef, an undersea wonder that rivals the Great Australian Barrier Reef. You may recall photos of our visits to the reef from a post I published in March here. Our excursion for the day at Mahogany Bay included a tour of the island and the aforementioned visit to view the reef via a glass-bottomed boat. The image above was captured as we sat on the cruise ship dock awaiting our ship’s customs check and debarkation for our visit.

Discovered by Christopher Columbus on his fourth voyage in the early 1500s, the island is now part of Honduras. This popular western Caribbean cruise stop is about 30 miles (48 km) off the coast of Honduras. Mahogany Bay is a cruise ship port owned by Carnival Corporation and is a popular stop for other cruise lines as well. Though Honduras is not considered a safe place by the U.S. State Department for travelers from the United States, the Island has much lower crime rates than the mainland and is generally considered as a safe place for cruise passengers.

One of our first stops on the island tour was a retail liquor establishment. My lovely wife, Lynn is a big fan of rum and as it turned out, this would be her favorite place on the tour. Of course, we brought back a bottle to Arizona for her to enjoy later. As usual, the bottle was taken from us as we reboarded the ship and given back to us when we were ready to disembark on the last day of the cruise. 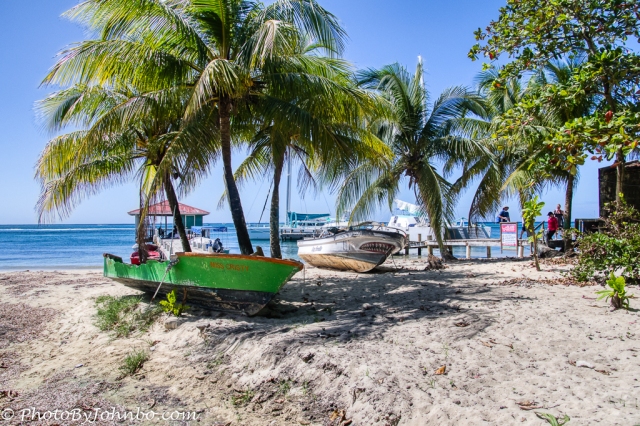 On our way to visit the reef, we took a tour of the island. Near the dock where we boarded the glass-bottomed boat, we walked by these two boats that were beached inland. Though the “shark boat” looks to be serviceable, Miss Christy may have made her last sea voyage. 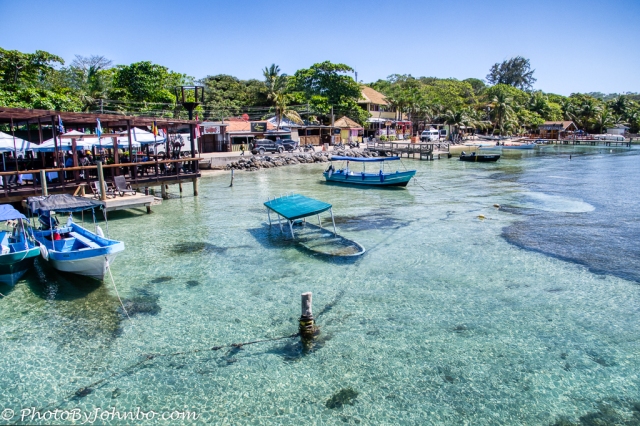 As part of the excursion, we were allotted time for the usual “shopping” and the typical free drink at a local establishment. In this case, the bar was situated on a dock that offered views of the collection of shops and restaurants attempting to entice cruise ship visitors. As we waited for our bus to pick us up, some of the other passengers were complaining to the tour staff about some vendors who were not happy that the cruisers were taking photos of their place without the benefit of making any purchases. The issue was with the insulting manner in which the shop owners behaved toward the tourists. In all my cruises over the years, I’ve never before heard of complaints from the locals, though I imagine that I’m probably sheltered from many such complaints. 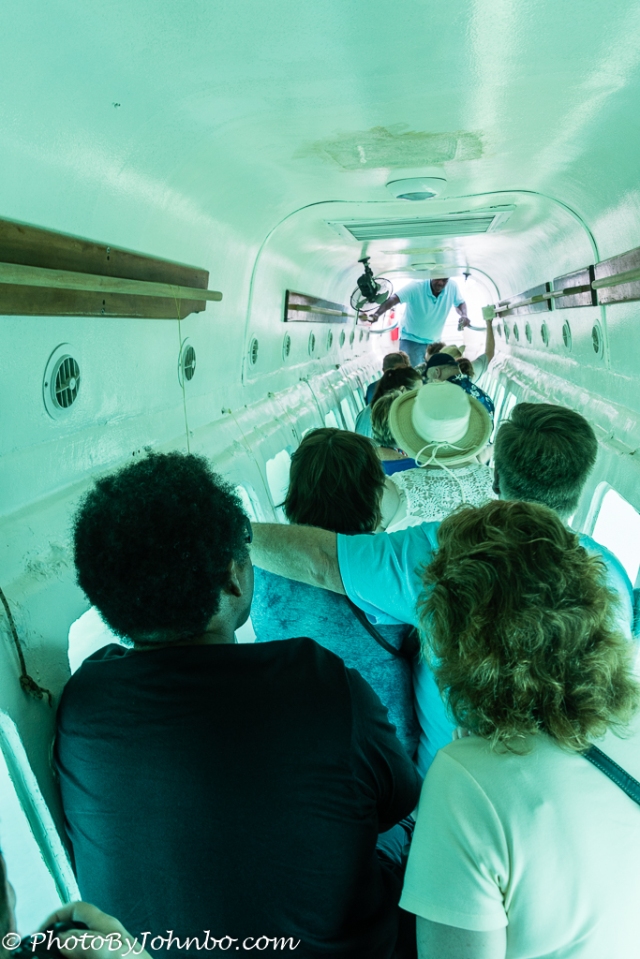 As we waited to board the glass-bottomed boat, we watched the previous group of tourists exit the ship before we were allowed to board. The term “glass-bottomed” in this boat is not precisely accurate. The boat has a semi-V-shaped hull with a row of seats just barely room for two people that fold up for entry and exit. People who board first go all the way aft and put down the seat. There is a viewing window beside each row. As passengers load, they fill the boat forward, each in turn. As you can see from the photo above, there are plenty of ventilation ports to keep the passengers cool on the journey to visit the reef. I am not prone to claustrophobia, but I can surely see that this would not be an excursion for someone who is bothered by close spaces. 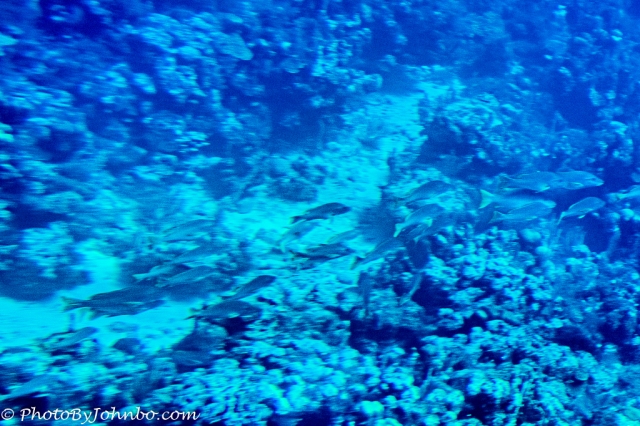 We had plenty of opportunities to view the undersea life, but my recommendation on this itinerary is to forego the glass-bottom boat at Roatán and instead consider the Atlantis Submarine excursion at Cozumel. On the next Travel Tuesday, we travel to Cozumel and take a ride on that submarine. If you opt for the submarine ride, you’ll see more of the reef and get to descend well under the surface to the base of the reef where many of the wildlife species live and feed. That’s not to denigrate the views from the glass-bottomed boat here at Isla Roatán, the larger submarine, though still quite close, was more comfortable to me than the boat. Of course, with a pandemic raging as this article is being written, it goes without saying that close quarters like this need to be avoided until COVID-19 is an unpleasant memory.

To leave this post on a more positive level, please accept this gift of a gallery of images captured during our stop at Mahogany Bay. Click on any of the thumbnail images to enlarge it and to scroll through the gallery.

View from the glass-bottom boat.

View from the glass-bottom boat. 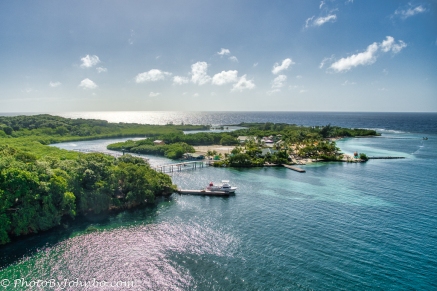 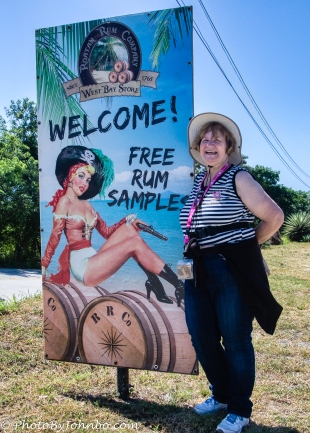 You had me at free rum.

View from the restaurant and bar. 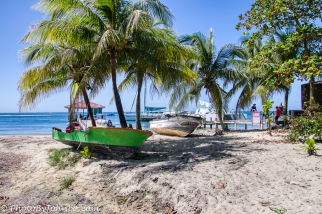 Panoramic view of the harbor.